Without doubt, 2020 has been a year that we will always remember, and there is no need to explain why. As far as the motorcycle world is concerned, we all have been temporarily deprived of this significant part of our lives, which has made us appreciate it even more. Once the worst was over, we gradually recovered our sport, and with it, the sensations that only those who travel on a motorcycle can understand. Despite this, we have missed countless motorcycling events that have had to be postponed and shall wait for better times to come, while the few that have taken place have focused only in the touristic aspect. Along these lines, the Moto Club Indianos held its two annual Rallies in an adapted version accord to the circumstances we are experiencing. 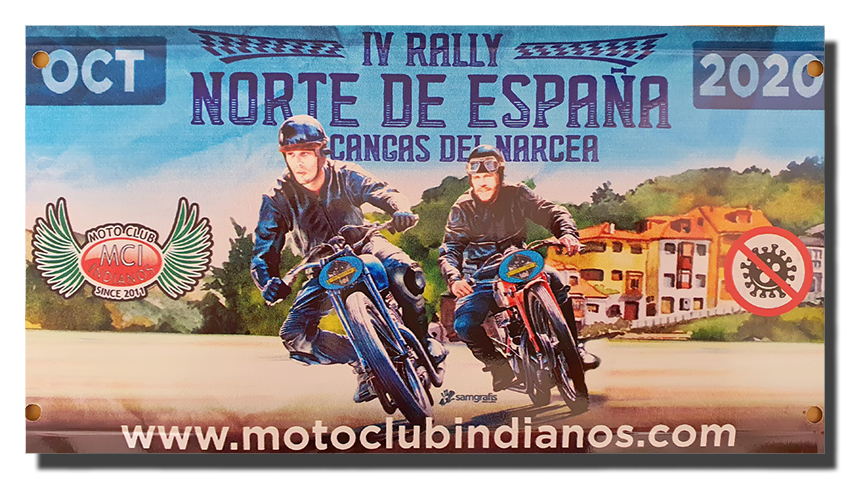 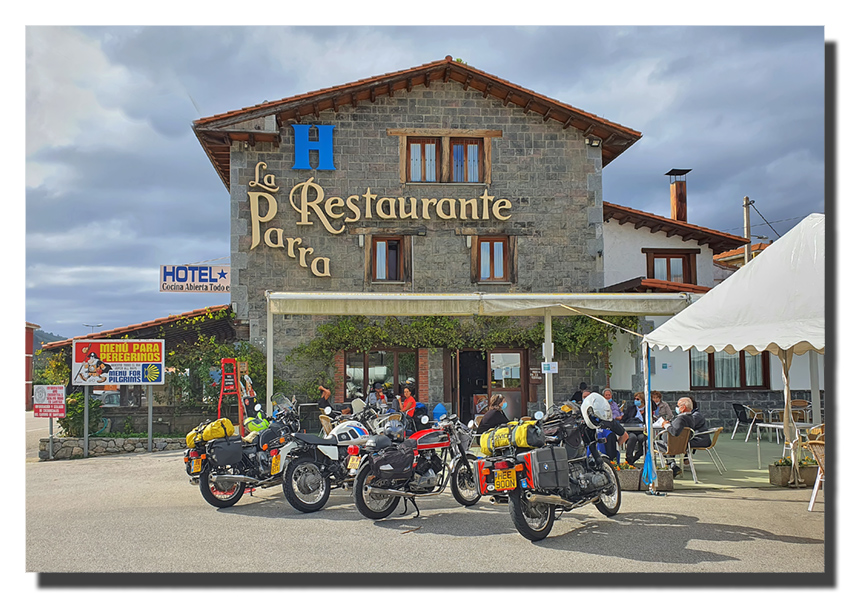 The difficulties of organising a Rally in these conditions are many, and only thanks to participants' exemplary behaviour, who always respected all safety protocols, was it possible to enjoy the event with safeguards. 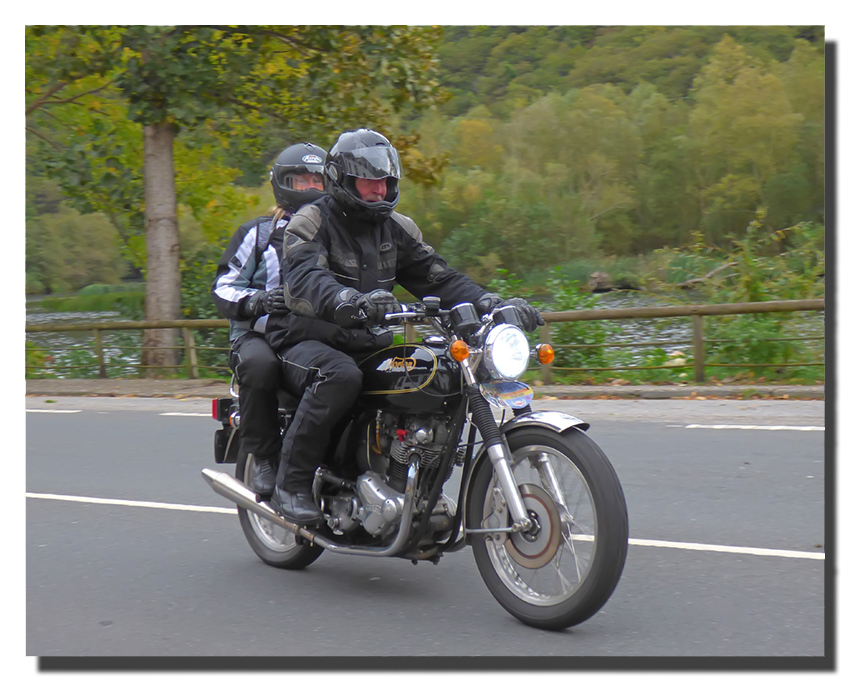 The organisers have had to make many sacrifices. Of course, the traditional hill-climb and motocross races were suspended, as well as the autojumble and everything else that could possibly attract the public. To respect Colombres inhabitants who have always been friendly with bikers daily departures were not made from the village square. 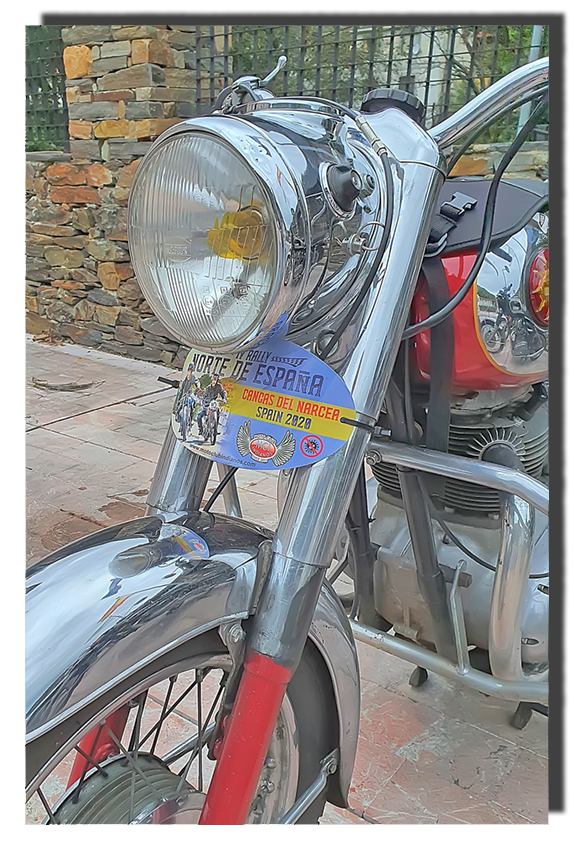 The hotels have continued with the strict health protocols that this sector has displayed, especially in Asturias, where the abundant summer tourism has put the personnel of these establishments to the test, whose professionalism is worthy of praise. 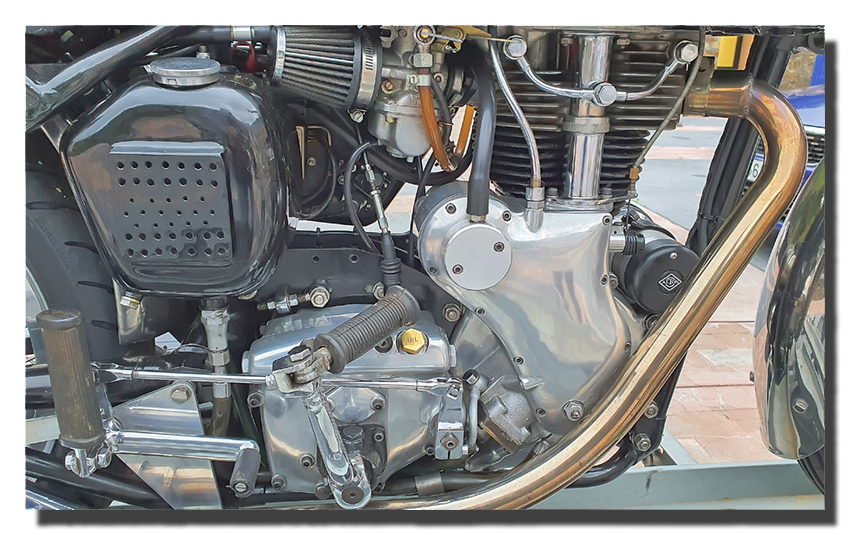 But those attending have had to do their part in all this. In addition to,  using masks, social distancing, hygiene, six groups, etc., our foreign visitors have dealt with delayed ferries, that have suffered up to three cancellations. The worst part was for the British, that have had to isolate themselves for fifteen days on their return from Spain due to the UK government's requirements. On top of that bear in mind the difficulties of obtaining travel insurance in these times. 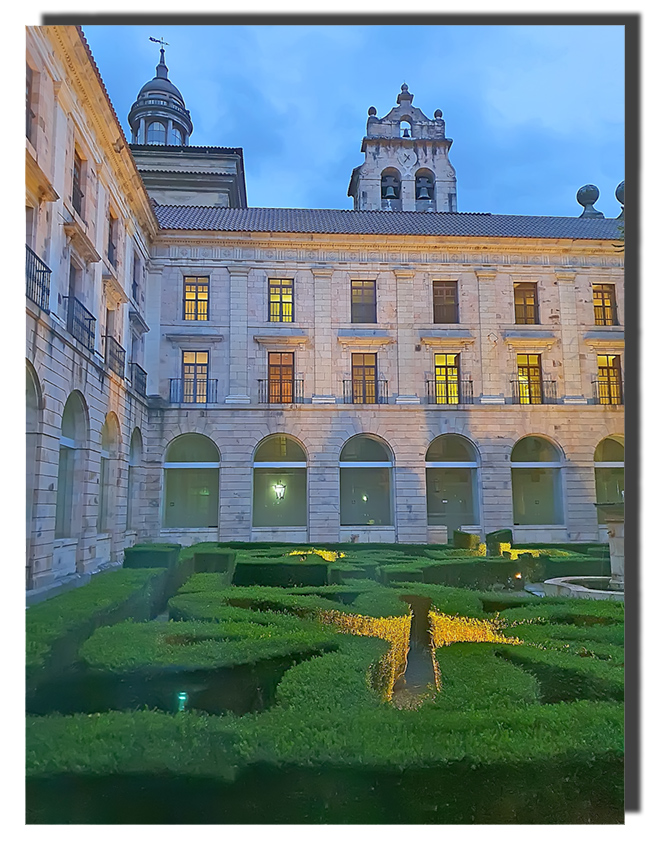 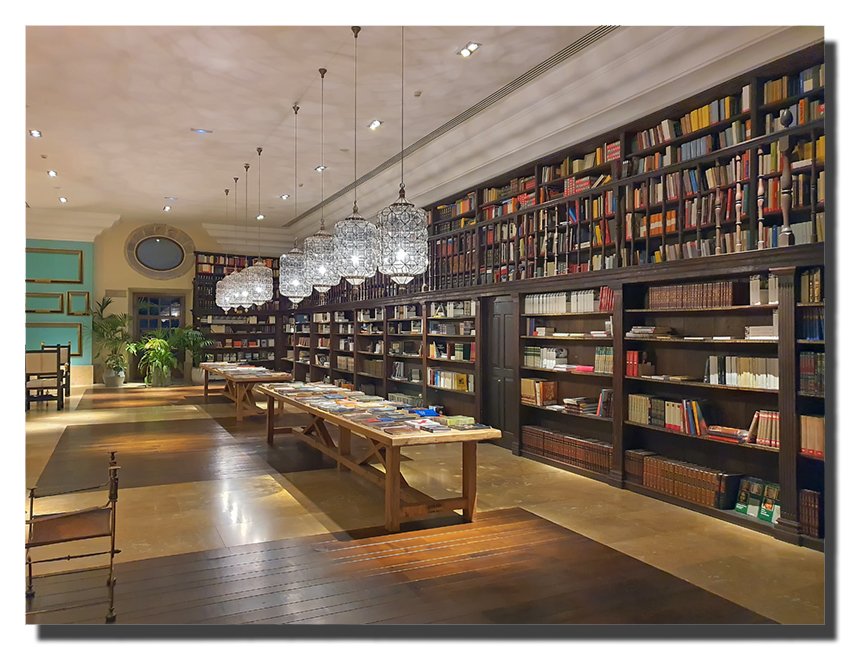 The first event, the IV North of Spain Rally, began on September 28th with the usual registration process. The following day we would start our journey to the Parador de Cangas de Narcea from where we would enjoy four fantastic routes through western Asturias. As a novelty, the traditional "en route" meal, in which we usually gathered for a picnic around a table, was replaced by individual meal bags that were enjoyed on our own in the most various spots. This all for the sake of safety. 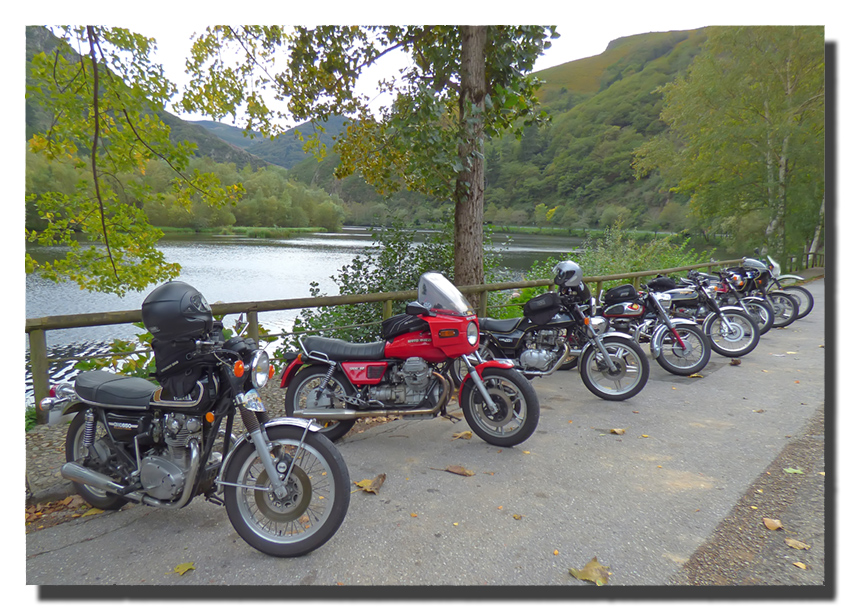 This year's edition combined all sorts of roads and landscapes, among those, we would like to highlight the Los Oscos shire with its small villages, the Somiedo Natural Park with its lush peaks, and the seaside villages such Cudillero and Castropol. As far as the weather was concerned, we had everything, from summer days to snow in the passes, and even a route cancelled due to bad conditions. Some people decided to make the most of the day by enjoying the Parador's Spa facilities. Without a doubt the hotel, is in itself one of the attractions of this North of Spain Rally because staying in this Monastery, awarded as the best rural hotel in Spain, is a complete experience. 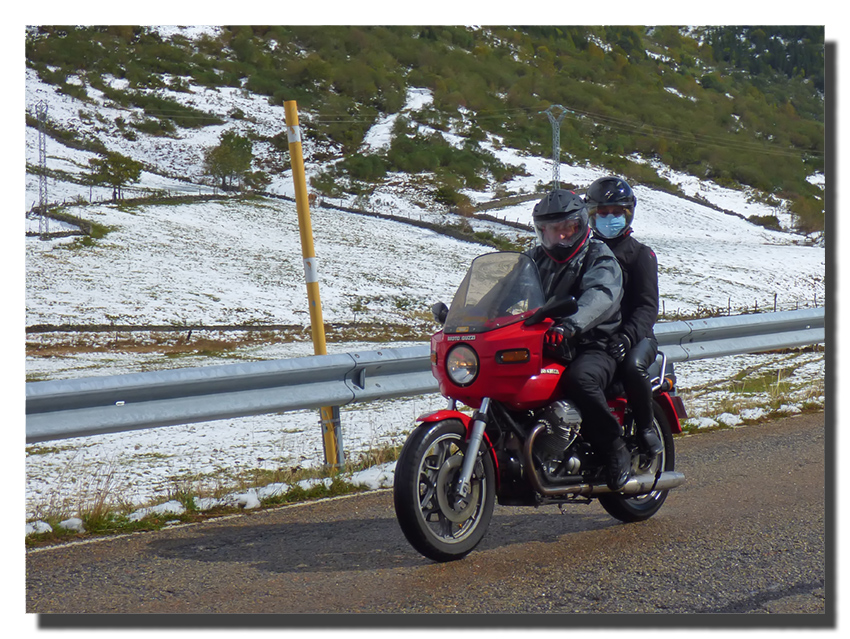 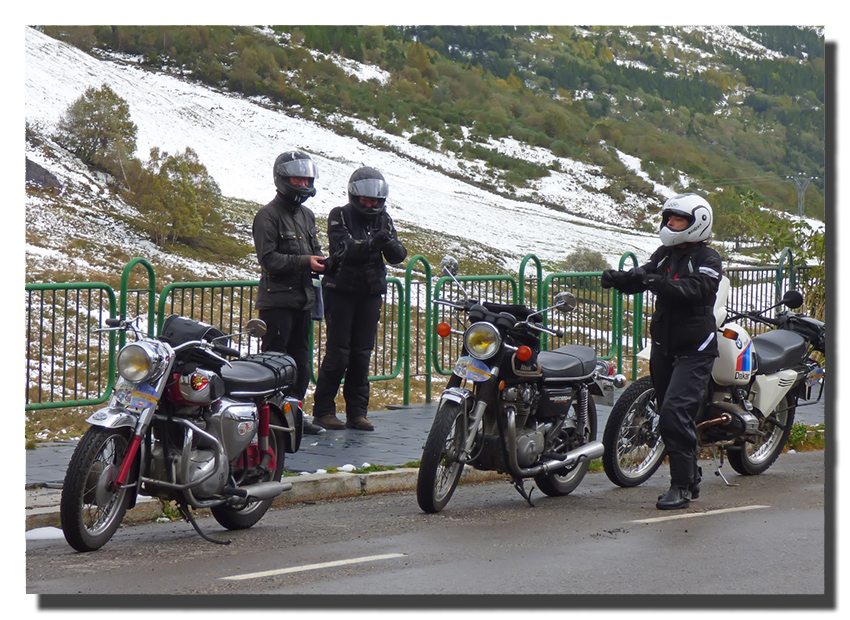 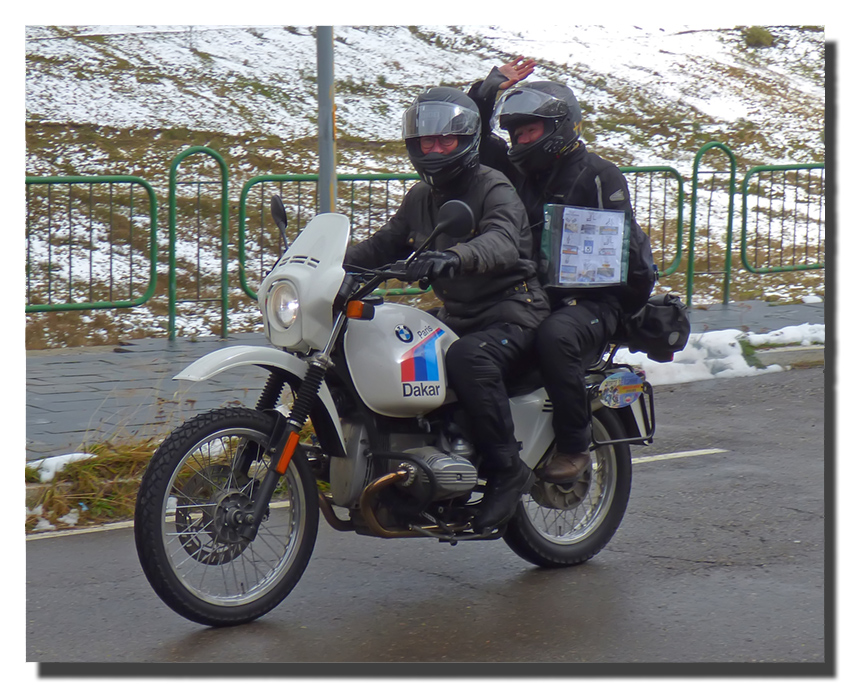 The days flew by, and soon it was time to return to the East for the IX Colombres Rally, where we would meet new participants who had come especially for this event. An extensive program of routes with the same format adapted to the situation, this time, in Picos de Europa, has made us remember why year after year we keep on going on pilgrimage to this incomparable rider's paradise. If you have been lucky enough to ride through these sceneries on your bike, you know that I am not overstating. 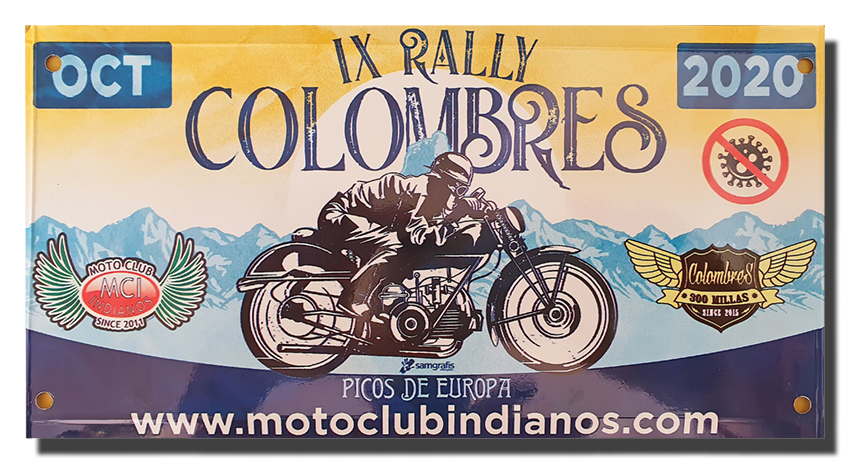 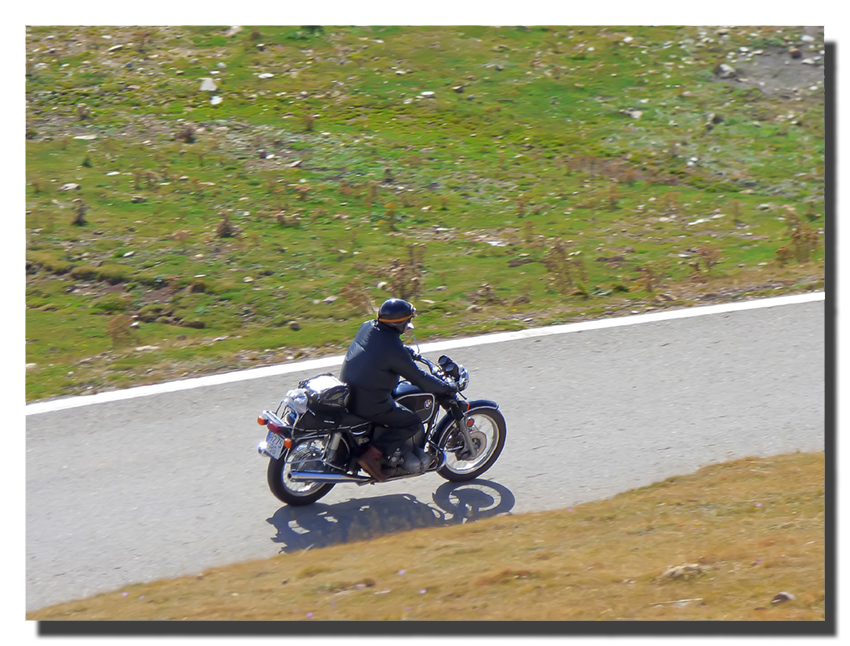 We have visited too many places to list them all, but let me tell you that in one week and at an average of 150 kilometres a day we have not left any viewpoint or passes unmarked on our list. Fabulous places like Cain, Fuente De, Lastres and unbeatable mountain passes as San Glorio, Panderrueda, Piedrasluengas are just a sample of those we have tasted. And of course all this with the sounds of classic bikes. Motorcycles that allow us to ride differently, with the taste of old times and that helped us, more than ever, to enjoy an activity that should not disappear. 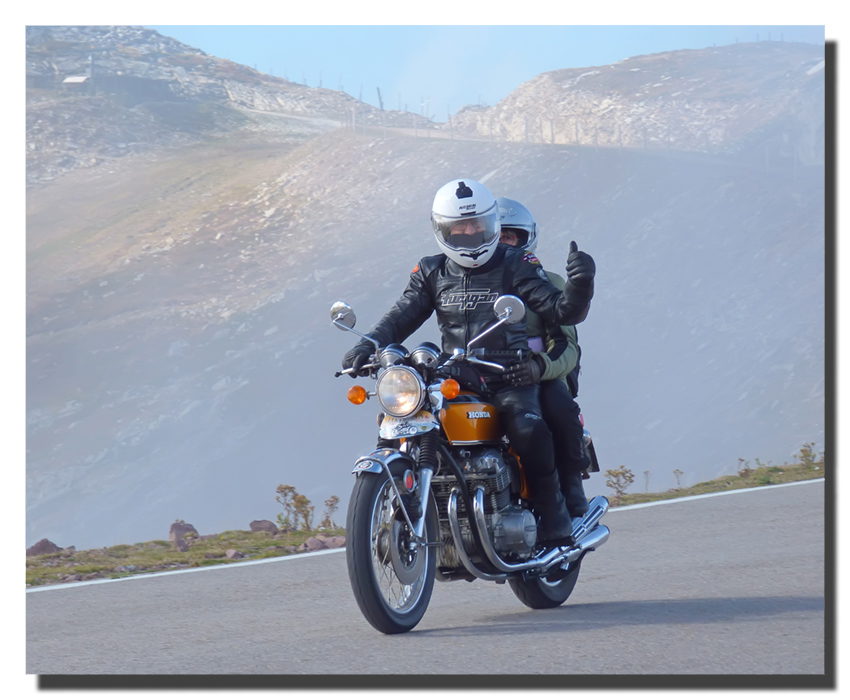 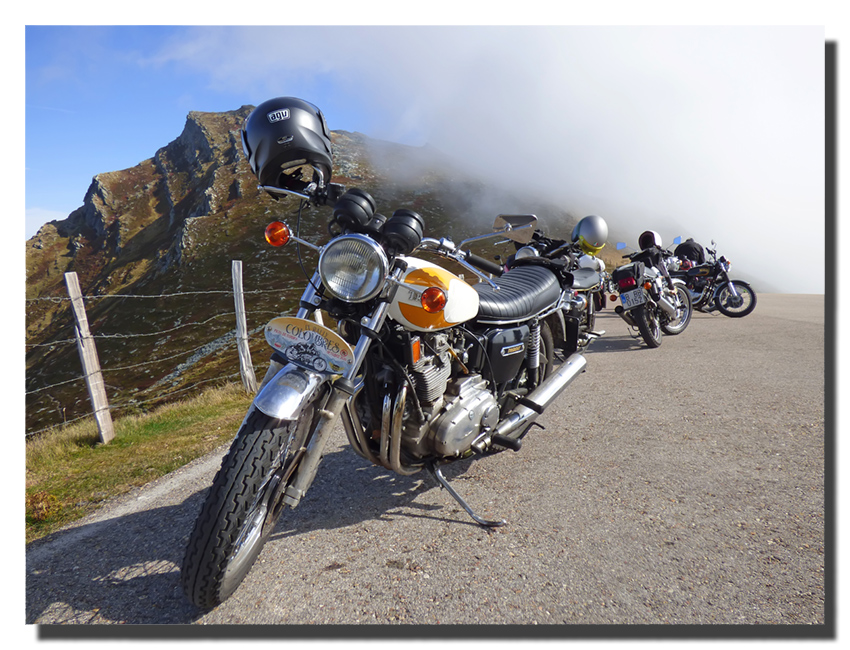 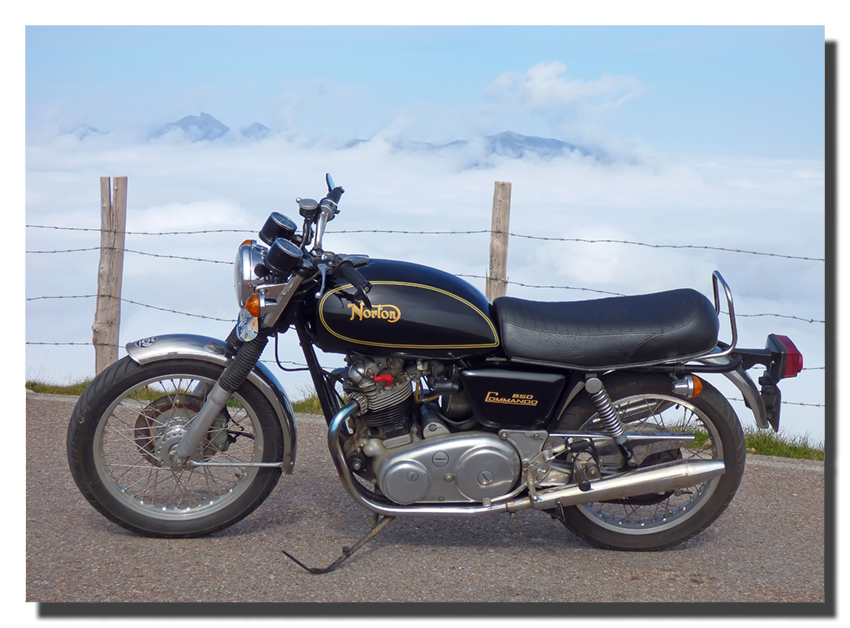 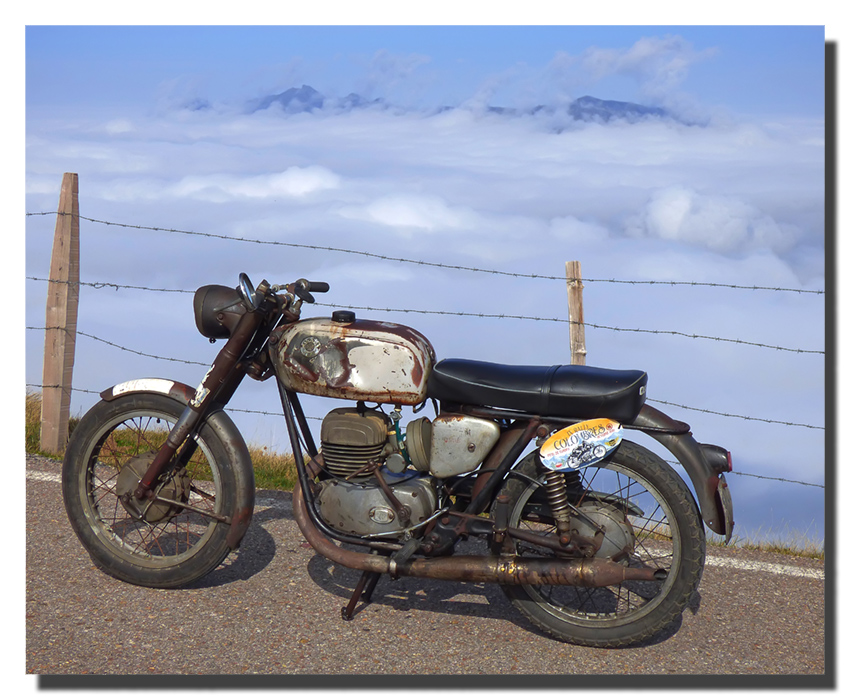 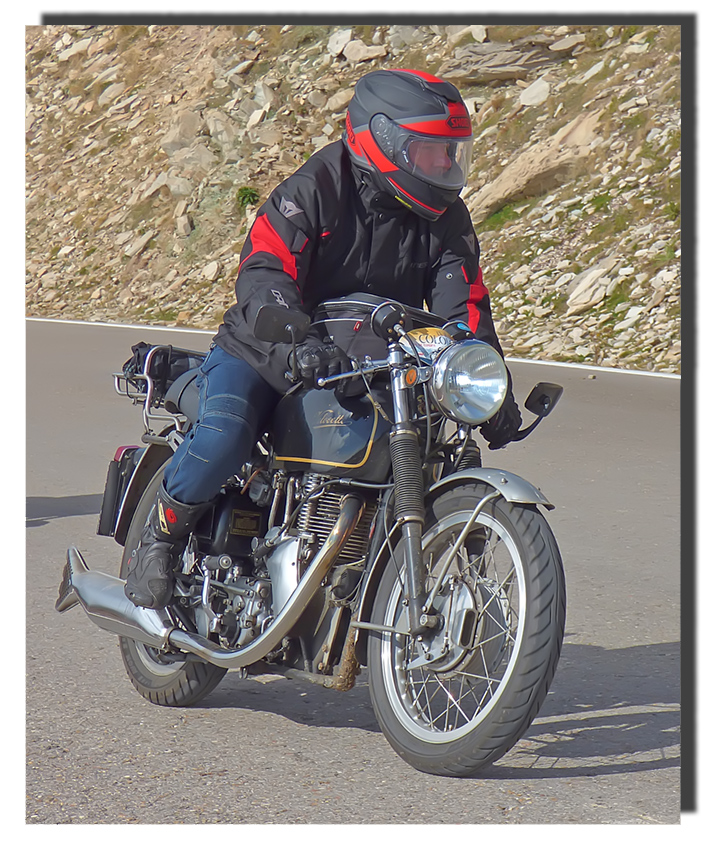 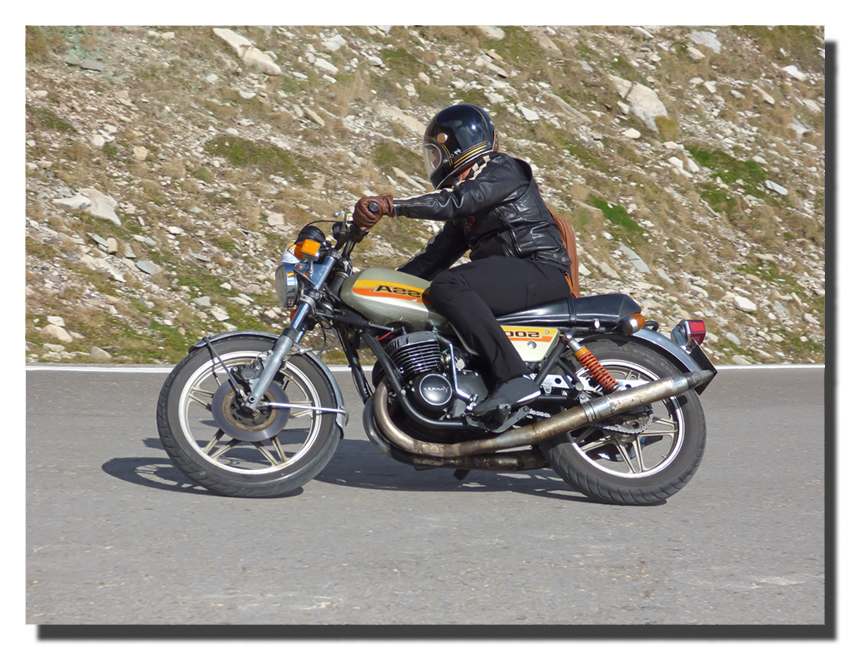 This event has a marked international character. We were able to admire rare models, like a 1929 Scott Sports Squirrel, a 1950s Moto Guzzy Astorino as well as numerous Vellocete, Triumph, BSA, Ducati, BMW, Honda, Yamaha, etc. All of them were, of course, subject to many conversations, particularly this year that we had the opportunity to chat more than usual. 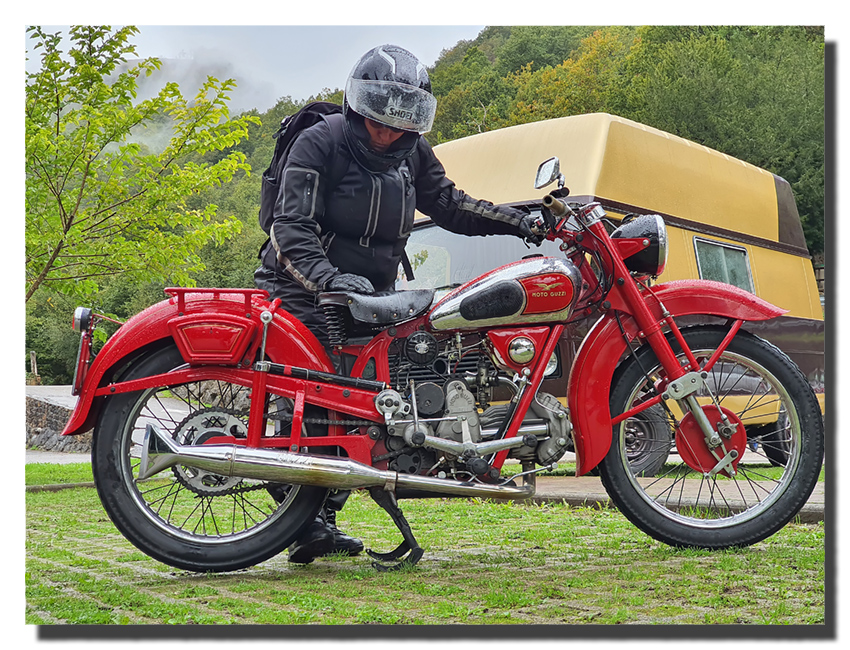 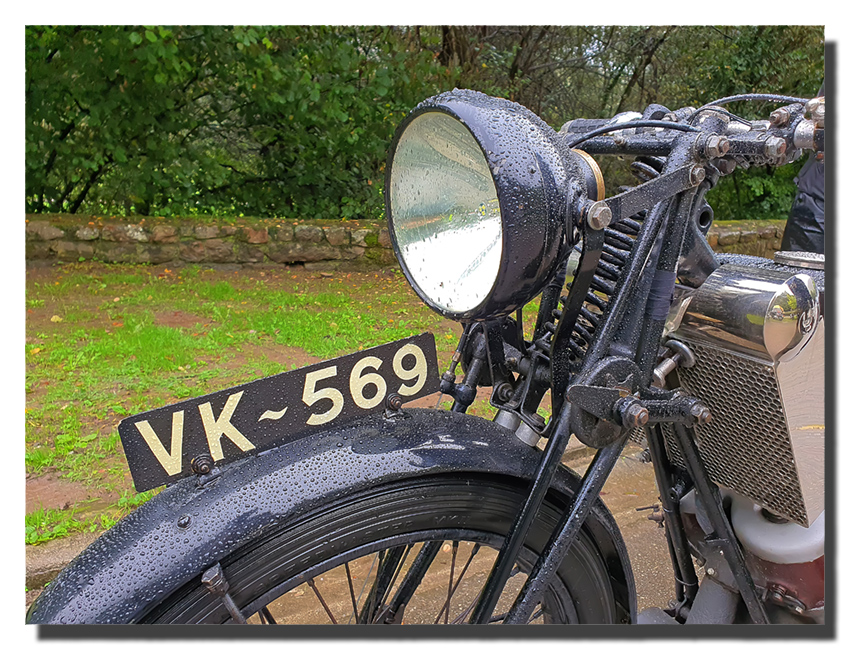 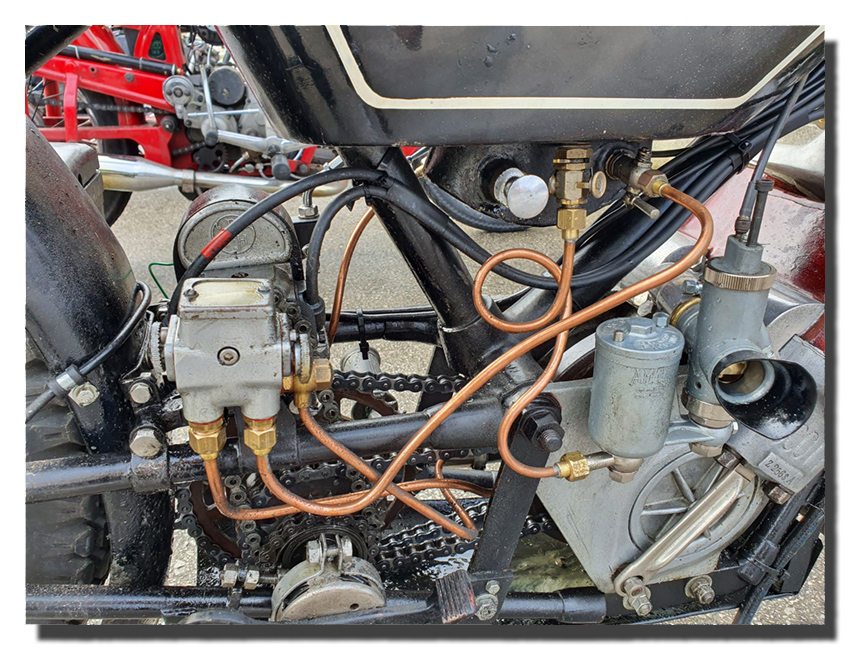 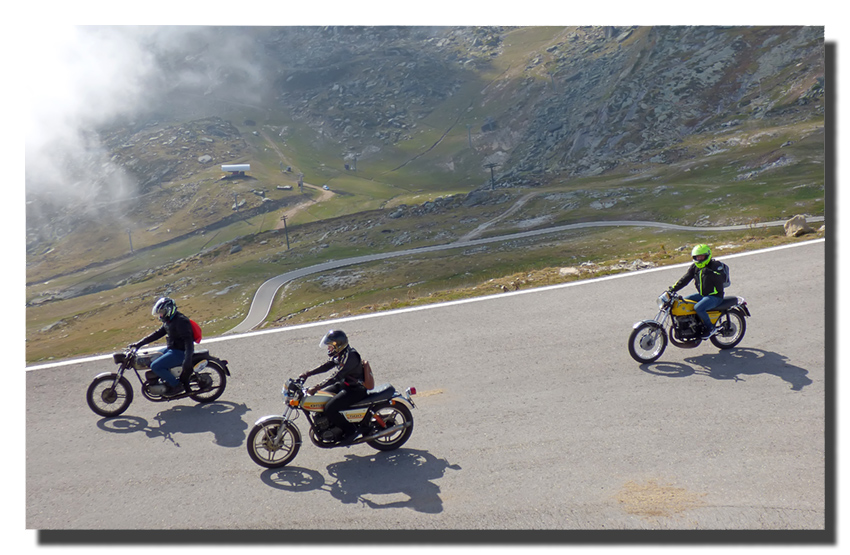 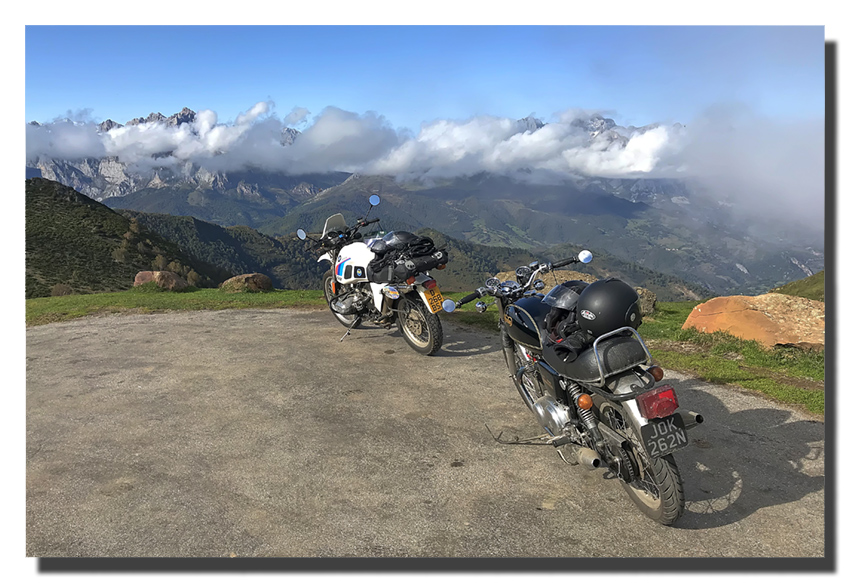 Thus, we arrive at the end of this year's Moto Club Indianos' Rallies. Satisfied with having held them, against all odds, and waiting for a safer future when we can carry out all activities that have always characterised our events. Until then, carry on. 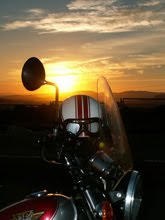